A vote for Hillary Clinton or Bernie Sanders takes Puerto Rico and the USA one step closer to Venezuela, Cuba, North Korea

Posted on May 10, 2016 by puertoriconewcomer

A vote for Hillary Clinton or Bernie Sanders takes Puerto Rico and the USA one step closer to dismal living conditions in Venezuela, Cuba, North Korea.  If you have not educated yourself properly and don’t understand what that means, read about the disaster in Venezuela when people voted for more welfare, more redistribution, more government control and interference.

I’m Voting Trump, Warts and All

I stand by all my criticisms of the New Yorker, but the stakes for the country are too great to elect Clinton. 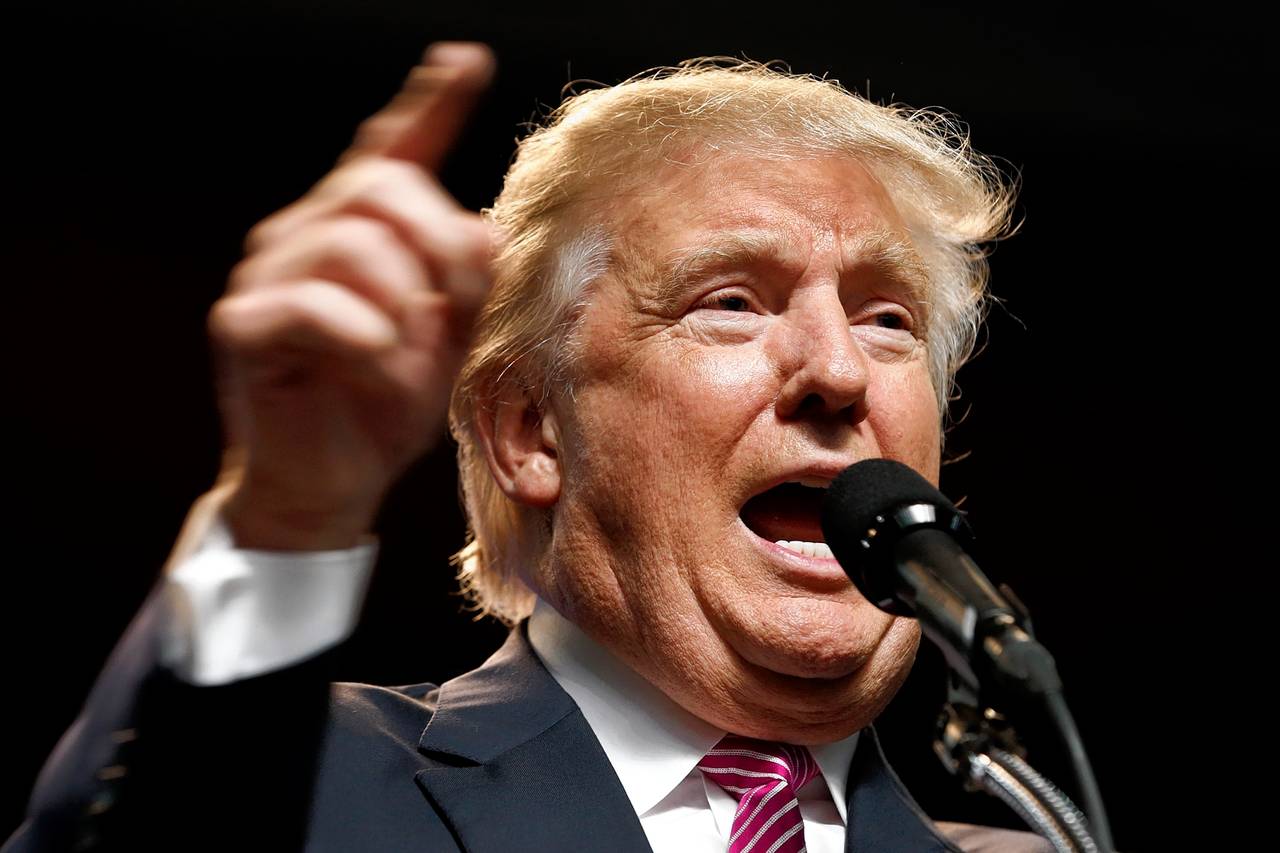 Donald Trump in Charleston, W.Va., May 5.
By Bobby Jindal – former Governor of Louisiana

Some of my fellow Republicans have declared they will never, under any circumstances, vote for Donald Trump. They are pessimistic about the party’s chances in November and seem more motivated by long-term considerations. They think devotion to the “anybody but Trump” movement is a principled and courageous stance that will help preserve a remnant of the conservative movement and its credibility, which can then serve as a foundation for renewal.

I sympathize with this perspective, but I am planning to vote for Donald Trump. Why? Because the stakes for my country, not merely my party, are simply too high.

I was one of the earliest and loudest critics of Mr. Trump. I mocked his appearance, demeanor, ideology and ego in the strongest language I have ever used to publicly criticize anyone in politics. I worked harder than most, with little apparent effect, to stop his ascendancy. I have not experienced a sudden epiphany and am not here to detail an evolution in my perspective.

I believe this presidential election cycle favors Republicans, due more to President Obama’s shortcomings than to any of our virtues or cleverness. I also believe that Donald Trump will have the hardest time of any of the Republican candidates in winning. He has stubbornly stuck to the same outlandish behavior and tactics that have served him so well to date. Mr. Trump continues to have the last laugh at the expense of his critics and competitors, myself included.

I think electing Donald Trump would be the second-worst thing we could do this November, better only than electing Hillary Clinton to serve as the third term for the Obama administration’s radical policies. I am not pretending that Mr. Trump has suddenly become a conservative champion or even a reliable Republican: He is completely unpredictable. The problem is that Hillary is predictably liberal.

There will be none of her husband’s triangulation. Republicans are fooling themselves if they think this President Clinton would sign into law policies like Nafta, the crime bill, welfare reform, or the deficit reduction packages that marked Bill’s tenure. While Bill felt compelled to confront Sister Souljah—and less directly Jesse Jackson—to appeal to moderate voters, Hillary is more responsive to pressure from Black Lives Matter and the far left. I have no idea what Mr. Trump might do, while Mrs. Clinton is predictable. Both are scary, the former less so.

The next president will make a critical appointment to the Supreme Court, who will cast the tiebreaking vote in important cases that will set precedents for years to come. Issues like the sanctity of innocent human life, constitutional protections for religious liberty and Second Amendment rights, and limits on the unelected federal bureaucracy hang in the balance.

In my lifetime, no Democrat in the White House has ever appointed a Supreme Court justice who surprised the nation by becoming more conservative, while the opposite certainly cannot be said for Republican appointments. Mr. Trump might not support a constitutionalist conservative focused on original intent and limits on the court’s powers. He may be more likely to appoint Judge Judy. However, there is only a chance that a President Trump would nominate a bad justice, while Mrs. Clinton certainly would.

The current president has abused his executive powers to implement ObamaCare and to grant de facto amnesty for illegal immigrants, in defiance of Congress and the courts. The next president will make critical decisions on whether to renew these executive orders or issue new ones repealing past abuses, and will make key appointments who will decide whether to continue bending the law to prop up ObamaCare.

Repealing and replacing ObamaCare will require congressional action. But President Obama has proven how much can be done by a determined executive. I admire his tenacity, though not his goals or disregard for constitutional limits. Mr. Trump has had a decidedly mixed record of both supporting and opposing more government involvement in health care. Mrs. Clinton has been much more consistent in favor of a big-government approach, dating to her own failed efforts in the 1990s.

If elected, Mrs. Clinton will continue hindering affordable domestic energy, increasing dependence on government and the growth of welfare programs, growing the nation’s debt and weakening America abroad. She will more firmly establish a culture of victimhood and identity politics, further dividing Americans rather than uniting us, and will continue promoting redistribution and government interference rather than growth and freedom.

I do not pretend Donald Trump is the Reaganesque leader we so desperately need, but he is certainly the better of two bad choices. Hardly an inspiring slogan, I know. It would be better to vote for a candidate rather than simply against one. If current trends hold, I will be among the many complaining this fall about my choices.

I understand why so many of my Republican friends are in denial, while many of my Democratic friends gleefully anticipate and applaud defections. The media is poised to reward those “courageous” Republicans ready to do the “right thing” and endorse Hillary. Count me out.

Mr. Jindal is a former governor of Louisiana (2008-16), a former U.S. congressman (2005-08) and a former chairman of the Republican Governors Association.