Posted on May 20, 2017 by puertoriconewcomer

Incentives change behavior, whether for good or bad. 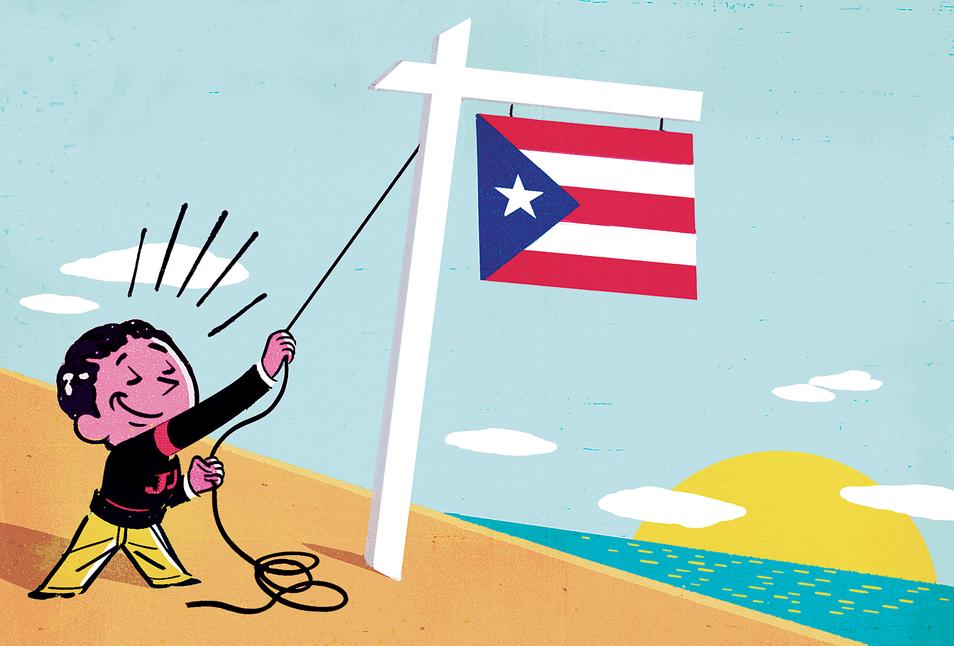 Winter-weary Americans seeking a faraway getaway in the tropics can buy a place right on U.S. soil.

Puerto Rico, unlike most other tropical locales, is a U.S. territory, so the same mortgage-financing rules apply there as in the 50 states. Jumbo loans start at $417,001 in Puerto Rico, like most U.S. locations. In two other territories, Guam and the U.S. Virgin Islands, jumbos start at $625,501, the same as other high-cost areas, such as New York, San Francisco and Hawaii.

Borrowers can choose among a variety of national banks and independent mortgage companies, as well as those based in Puerto Rico, such as Banco Popular, First Bancorp and RF Mortgage.

‘On the downside, interest rates on jumbo mortgages are typically higher by one percentage point or more in Puerto Rico than in the States.’

At San Juan-based RF Mortgage, the average jumbo-loan amount ranges from $800,000 to $1.3 million, says Javier Bou, senior vice president of sales and production. RF Mortgage’s qualification terms are similar to jumbo mortgages in the States, including a minimum credit score of 680, with the best interest rates going to borrowers with scores of 740 and higher, he adds. The borrower’s debt-to-income ratio, a measurement of monthly expenses compared with monthly income, must be 43% or lower.

One bonus: Borrowers in Puerto Rico are more likely to find a loan with a lower down-payment requirement than the typical 20% or more stateside. Chicago-based Federal Savings Bank will finance up to a 100% of the home’s value if a borrower has sufficient collateral to back up their mortgage, says Steve Calk, chairman and CEO. San Juan-based First Bancorp lends jumbos with a 10% down payment but also will go up to 100% of the loan for amounts up to $1 million in some new-construction developments, such as Paseo Caribe, for which it is a preferred lender, says Gloria Sierra, new projects and realty manager of First Mortgage, First Bancorp’s lending division.

Sales have been strong in Puerto Rico since Act 20, the Export Services Act, and Act 22, the Individual Investors Act, were passed to lure high-net-worth investors with exemptions on dividends, interest and capital gains earned in Puerto Rico. The rules require recipients to live there at least half, or 183 days, of the year.

The laws passed in 2012, but high-end home purchases surged in 2014 and haven’t let up since, says Lynn Rodgers, owner/broker of San Juan-based Lynn Rodgers Real Estate. Properties on or close to the beach in the capital city of San Juan are most popular for Act 20/22 buyers, with prices ranging from $300,000 for an older walk-up condo to $12 million for a high-end villa, Ms. Rodgers says.

Paseo Caribe, an exclusive new luxury development, sold out its first two buildings with units from $1.5 million to $6 million. The third building, Bahia Plaza, with units ranging from $450,000 to $1.5 million, went on the market in May and is half-sold says Samuel Kirschner, partner and chief operating officer of CPG Real Estate, which developed the property.

• Be aware. Before buying property in Puerto Rico, borrowers should thoroughly research local conditions and desired neighborhoods, including potential for property resales, which can be difficult for homes farther from shore. The economy of this self-governing territory is in tatters, with a mountain of debt and high unemployment.

• Less time pressure. In contrast to heated markets in the states, Puerto Rico’s sellers generally are patient when loans take more than 30 days to approve. Buyers typically “are professionals who travel a lot, so documentation may not be as easy to get quickly,” Mr. Bou says.