Venezuela Goes Bust. How is this different than Puerto Rico running out of money, long before the hurricanes hit PR?

Posted on November 15, 2017 by puertoriconewcomer

You should read the comments at the end as well. 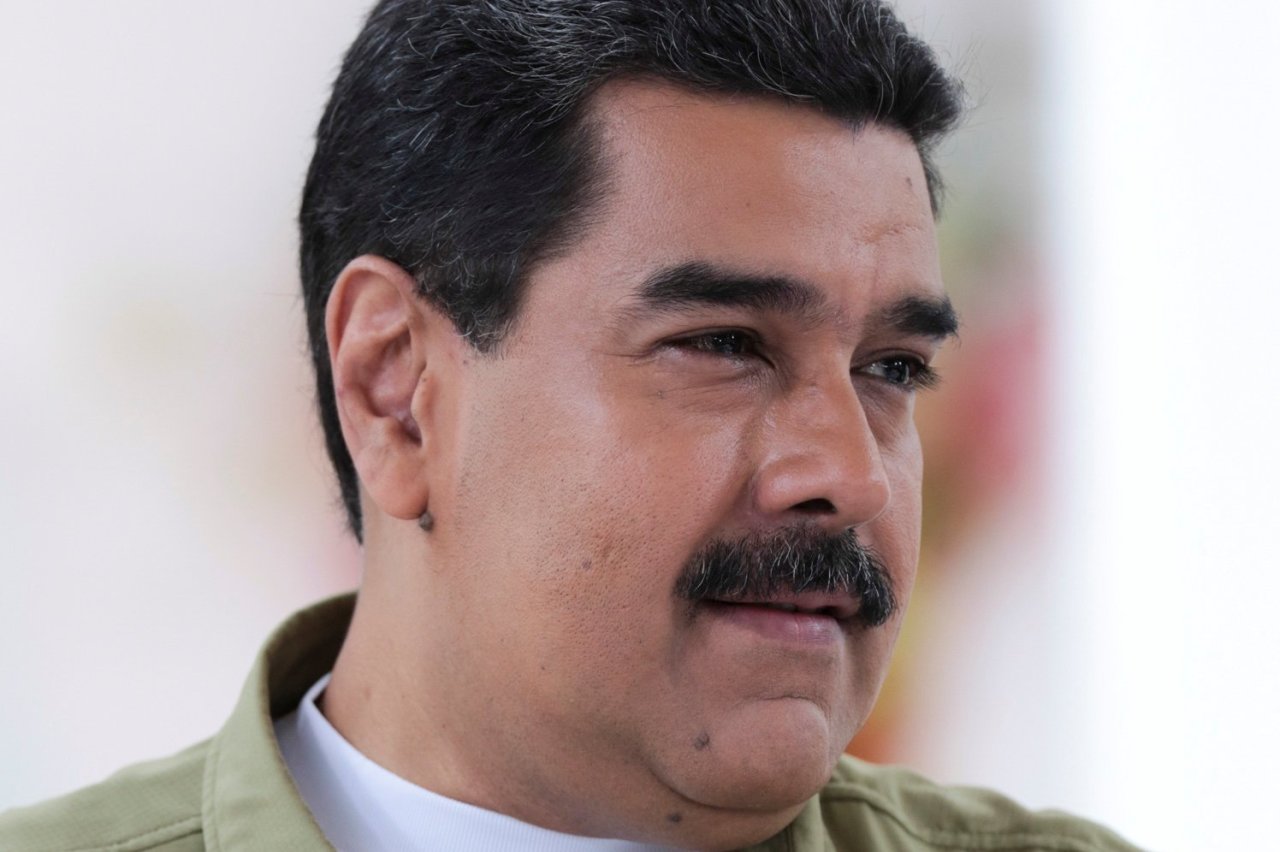 Milton Friedman once joked that if you put the government in charge of the Sahara Desert in five years there would be a shortage of sand. He could have been talking about Venezuela and its oil wealth. But it is no joke.

On Monday Caracas missed interest payments due on two government bonds and one bond issued by the state-owned oil monopoly known by its Spanish initials PdVSA. Venezuela owed creditors $280 million, which it couldn’t manage even after a 30-day grace period.

Venezuela is broke, which takes some doing. For much of the second half of the 20th century, a gusher of oil exports made dollars abundant in Venezuela and the country imported the finest of everything. There were rough patches in the 1980s and 1990s, but by 2001 Venezuela was the richest country in South America.

Falling oil prices are partly to blame, but the main problem is that chavismo has strangled entrepreneurship. Faced with expropriation, hyperinflation, price controls and rampant corruption, human and monetary capital has fled Venezuela.

As of Tuesday evening, the Investment Swaps and Derivatives Association still had not declared Venezuela in default. That matters because this will trigger the insurance obligations inherent in the credit default swaps. But S&P Global Ratings declared the country in default Monday. On Tuesday morning the Luxembourg Stock Exchange issued a suspension notice for the bonds with missed payments.

President Nicolás Maduro has formed a commission to restructure up to $150 billion of the debt and put Vice President Tareck El Aissami —who is under U.S. sanctions for drug trafficking—in charge. Mr. El Aissami called a meeting of creditors on Monday in Caracas, which most bondholders did not attend. Press reports said Mr. El Aissami delivered a monologue on Venezuela’s intention to pay and took no questions. He argued that Trump Administration sanctions make it difficult for the dictatorship to arrange refinancing.

The real problem is that restructuring assumes the country can grow again. That’s nearly impossible without a change in policy that will free the economy.

If Caracas doesn’t find a way to settle with bondholders, they will soon ask authorities to seize Venezuelan assets such as oil shipments at sea and Citgo facilities in the U.S. Such are the wages socialism.

Frank Dickof
It is a disgrace that in 2017 a country so blessed as Venezuela in oil and mineral wealth is in this state. Yet somehow we now have young people in the USA who believe Socialism and Communism are good options to take as a government model. It is amazing that brainwashing on such a massive scale can occur. Scary stuff.

Rafael Fernandez
This is Exhibit One on why socialism does not work, or why socialism is great until you run out of other people’s money.

Henry Newbold
What a perfect opportunity for the Clinton Foundation to go in there and feed the Venezueleans!

John Campbell
It sounds like a great idea as long as all of it is on U.S. or Canadian soil, or both. Venezuela communists have a nasty habit of seizing anything on their soil and throwing out the legitimate owners. Thus the reason why no one will deal with them.

JEFF SWAIL
@james Isaacs @William Wahl Now now we all know TRUE socialism has never been tried- any campus Marxist can tell you that. I’m sure only a few hundred million more people need to die and they’ll eventually get it right.

Richard Krauland
Any high school, college, or university that isn’t examining the Venezuelan collapse, in its economic classes, is practicing malfeasance. This has happened everywhere that socialism has gained sway. I’d like to hear Bernie Sanders’ explanation for these developments.

Scott Horsburgh
The typical liberal response is that they didn’t practice socialism properly. The correct retort is they did!

Patrick McGoldrick
@Richard Krauland I don’t want to hear Bernie’s take on anything.

Ernest Miller
Too bad our intrepid news media can’t find the word socialism in their lexicon when speaking about Venezuela.
There is no excuse whatsoever, except for willful ignorance on the part of our mainstream media for their continued support for socialism.

Richard Krauland
And let’s not forget our high schools, colleges, and universities; which ignore the realities of socialism in all of their economic classes.

The media and our public education system are the two greatest failures in our society.

Patrick McGoldrick
@Richard Krauland Do not be naive. They are not failures. They are frighteningly effective at doing what those who have subverted them want to do.

Gary Parsons
“The trouble with liberalism is that eventually, you run out of other people’s money.”
Unfortunately, Venezuela is learning that the hard way…

Octavio Lima
What is so sad is that just before the Bolivarian revolution, Venezuela was one of the richest countries in South America. Now it is one of the poorest, just two decades removed from that fateful date.

Henry Newbold
Fine analysis, as far as it goes, but it leaves out something very important. The editorial manages to say NOTHING about the widespread misery that Chavez’s socialism has caused to ordinary Venezuelans. Surely that is at least as relevant for US foreign policy, and for Journal readers as human beings. The financial big picture is crucial, but so are the actual conditions on the ground. Drudge has covered the Venezuelan crisis by linking to news reports of formerly middle-class families eating their pets to stay alive. The Journal focuses on the impending bond default, without sparing even a single word for the ordinary folk affected by it.
Just one more example of how and why Donald Trump defeated the conservative establishment last year.

regina margot
“The Journal focuses on the impending bond default, without sparing even a single word for the ordinary folk affected by it.”
That’s not fair – the Journal has tirelessly reported on the misery of everyday people in Venezuela. Over the past two years there have been numerous in-depth articles, including the one today about “the class of 1994” – fleeing the country as fast as they can to feed their children

While the human suffering in Venezuela is not mentioned in this editorial, it has been covered in some depth in many other articles and editorials published by the WSJ.

And I’m not sure how not mentioning conditions in Venezuela in this particular editorial is an “example of how and why Donald Trump defeated the conservative establishment”. Would you care to help me see the logic behind this statement?

ADAM PRUZAN
Yes, the Journal has done great Venezuela reporting on its news pages, as it usually does. But the editorial board should see it as their highest responsibility to draw explicit connections between macroeconomic issues and everyday life. That’s what’s missing here.

@ADAM PRUZAN
Because… Venezuelans themselves ARE NOT INNOCENT… Like Russel Crow tells DiCaprio on the movie Body of Lies: “there is no body innocent on this sh… hole”

BROM N.
@ADAM PRUZAN — Argument from “whataboutary”? Does the Journal also have to talk about environmental destruction of the forests there? How about endangered species? There is nothing better as a predictor of human misery than the general economy. If the economy goes down the hole, there will be incredible suffering. This is obvious to all. Trying to “humanize” an article on the economy – you will neither get those gut wrenching stories you desire so badly, nor will you get the root cause of their suffering. Useless-useless.

Bob Russell
These liberal do-gooders like Bill Gates and Warren Buffett who give billions of dollars to African socialist nations is like pouring water down a rat hole. The result is that more people live to have more babies who also can’t take care of themselves. The best thing we can do for poor people or anyone else is make them free and self sufficient.

Didn’t I see a sign in State and National parks asking that we please not feed the bears because it will make them dependent on handouts? It’s the same for humans.

William Cnossen
Socialism is always wishful thinking on the part of those who consider themselves the elite. Capitalism is the reality that works.

Bob Russell
It would be nice if the Socialist college professors would be forced to explain to the students why Socialism doesn’t work. It doesn’t work because there is no incentive to produce when everyone ends up with the same slice of the pie.

William Cnossen
And here we see the problems with the socialist/dictatorship/strong central government model. The few are often wrong about what needs to happen and what should be spent to help the many. The truth is that the many can take care of themselves if government (the few) gets out of the way.

To have a free people requires a responsible people. If you cannot expect people to take care of themselves you do not have a free society, you have a top down model.

Michael Gretchen
I hope Sean Penn and Jimmy Carter bought some of those bonds. If so, maybe they’ll come around to see that the worker’s paradise they’ve touted for so many years now wasn’t all they thought it would be.

John Segal
The problem is not socialism; it is total incompetence so bad not only are they running out of other people’s money, they are running out of their own money.

JAY WRIGHT
@John Segal
“The problem is not socialism”

Socialism is always a problem.

John Segal
@JAY WRIGHT @John Segal yes, Socialism is always a problem. However, even a capitalist economy run as corruptly as Venezuela would be in tatters

Stephen Martin
@John Segal Missing the key learning from history. Corruption at the top is always bad, but under socialism the leaders have the actual ability to take any property, capital or person and do with them as they will. Without regard for economic feasibility, morality or the law, as they are the law.
Corrupt capitalists in a free market society can disrupt a section of the economy for a while, but it rarely causes long term catastrophe.
A corrupt government with few and very limited powers is unable to create the havoc that is always associated with Socialism. By definition.
The moment you put the government in charge of what markets prosper and which do not you hurl yourself into the abyss.

Mark Dobbins
@John Segal ” The problem is not socialism; it is total incompetence…”

Socialism seems to be a synonym for incompetence.

Pat Kinghorn
What dumba$$ would lend money to this place? It’s been almost 20 years now. I can’t wait to learn my government somehow lent my money to them, in my name, and my debt will jump from 20 trillion to whatever this adds. And people are fighting for the swamp to stay the same.

Development banks, bond funds, your 401k, etc etc. Some of it may be insured or otherwise guaranteed by the feds, but I’d expect most of it to be private or non-US.

2 Responses to Venezuela Goes Bust. How is this different than Puerto Rico running out of money, long before the hurricanes hit PR?