Posted on February 19, 2019 by puertoriconewcomer 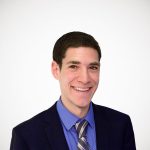 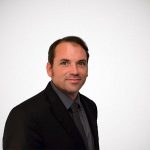 Yesterday, the governor of Puerto Rico announced that his government’s $72 billion of debts are not payable, in advance of $1.92 billion in debt service payments due on Wednesday. This announcement follows over a year and a half of uncertainty about Puerto Rico’s ability to meet its financial obligations, including a downgrade of its government bonds to junk status and discussions about the possibility of a partial government shutdown.

As waves of shock from the announcement ripple through bond markets and the news media, it is worth reflecting on the role that taxes played in creating the current crisis. The treatment of Puerto Rico in the United States federal tax code helped create the island’s current fiscal situation, and the failure of Puerto Rico’s government to reform its tax code exacerbated matters further.

Throughout the modern economic history of Puerto Rico, one of the central drivers of its economic growth has been the United States tax code. For over eighty years, the federal government granted various tax incentives to U.S. corporations operating in Puerto Rico, in order to spur the industrialization of the island. Most recently, beginning in 1976, section 936 of the tax code granted U.S. corporations a tax exemption from income originating from U.S. territories.

In addition to section 936, the Puerto Rican corporate tax code gave significant incentives for U.S. corporations to locate subsidiaries on the island. Puerto Rican tax law allowed a subsidiary more than 80% owned by a foreign entity to deduct 100% of the dividends paid to its parent. As such, subsidiaries in Puerto Rico had no corporate income tax liability as long as their profits are distributed as dividends.

Because of these generous tax incentives for business, Puerto Rico grew rapidly throughout the 20th century and developed a substantial manufacturing sector, though it remained relatively poor compared to the U.S. mainland. However, because section 936 made foreign investment in Puerto Rico artificially attractive – creating, in effect, an economic bubble – it left the island vulnerable to a crash if the tax provisions were ever to be repealed.

As it happened, section 936 became increasingly unpopular throughout the early 1990s, as many saw it as a way for large corporations to avoid taxes. Ultimately, in 1996, President Clinton signed legislation that phased out section 936 over a ten year period, leaving it to be fully repealed at the beginning of 2006. Without section 936, Puerto Rican subsidiaries of U.S. businesses were subject to the same worldwide corporate income tax as other foreign subsidiary.

Not coincidentally, 2006 also marked the beginning of a deep recession for Puerto Rico, which has lasted until today. Puerto Rico’s high corporate taxes on domestic corporations along with low taxes on U.S. subsidiaries had skewed the Puerto Rican economy toward foreign investment from the U.S. When section 936 was repealed in 2006, foreign investment began to flee. Without a strong domestic corporate presence to fill the void, the economy began to contract, along with tax revenues.

Since then, Puerto Rico’s economy has shrunk nearly every year, with unemployment at 12% and fewer than half of civilians in the labor force. Economists from the Federal Reserve and the private financial sector have pointed to the repeal of section 936 as a major cause of Puerto Rico’s current recession.

Puerto Rico’s nine-year recession drove government deficits up and played a central role in creating its present budgetary situation. Given that the repeal of section 936 helped cause the current recession, it too is implicated in Puerto Rico’s fiscal woes.

In addition to subsidizing Puerto Rican business activity for eighty years, the U.S. federal government continues to subsidize Puerto Rico’s debt. When Congress established a civil government for Puerto Rico in 1917, it specified that:

Because of this, the interest on bonds issued by Puerto Rico’s government is “triple tax-exempt”: it cannot be taxed by federal, state, or local governments. Because few municipal bonds are triple tax-exempt in every state, Puerto Rican bonds have always been unusually attractive investments. According to Morningstar, an investment research firm, over 180 municipal bond mutual funds hold more than 5% of their portfolios in Puerto Rican bonds.

Tax Reform: Too Little, Too Late

While the United States federal tax code helped create the conditions for Puerto Rico’s fiscal crisis, the Puerto Rican tax code played a much more direct role in bringing the crisis to a head.

While Puerto Rico’s statutory corporate income tax rate is 20%, there is a progressive corporate income surtax that tops out at 19% after $275,000 of income. So, Puerto Rico’s top marginal income tax for corporations is 39%, placing it on par with the corporate income tax rates in the U.S. However, in practice, few corporations pay a rate anywhere close to 39%, because Puerto Rico has consistently tried to incentivize economic growth by carving out tax breaks for specific industries. Yesterday’s Krueger report cites estimates that, due to these extensive tax credits and exemptions, Puerto Rico lost out on $250-$500 million a year in revenue. As the New York Federal Reserve put it in a report last year, “the Commonwealth’s tax system tends to levy high rates on narrow bases.”

Of course, we have long advocated that narrow tax bases – such as Puerto Rico’s – are not a sound path toward economic growth, which is instead achieved through broad bases and low rates. The authors of the Krueger report agree with this assessment, writing, “Reforms should aim more at broadening tax bases than raising rates, and at targeted expenditure reduction rather than across-the-board cuts.”

In fact, Puerto Rico attempted comprehensive tax reform last April, but without success. The proposed tax bills would have eliminated some of the most economically damaging taxes, including a gross receipts tax called the Patente Nacional, and reduced the corporate income tax from the highest rate of 39% to a flat 25%, close to the average of the OECD. To offset the loss of tax revenue, the tax reforms would have implemented a broad-based VAT of 16% to replace the limited-base 7% sales tax.

These ambitious reforms were voted down April 30th, and the resulting tax reform was too little, too late. Looming debt payments forced Governor Alejandro Garcia Padilla to sign a bill implementing the VAT into law without the corporate tax reduction or the elimination of the Patente Nacional. The additional taxes without tax reform on an already weak economy are a recipe for financial collapse.

Could Other States Be Next?

Until a few years ago, municipal bond investors assumed that U.S. state and local governments would always pay their debts. Yet, the bankruptcies of Stockton and Detroit in 2012 and 2013 proved that local bonds were not always reliable investments. Now, Puerto Rico’s fiscal crisis is beginning to cast doubt on the reliability of state-level government bonds.

Fortunately, Puerto Rico’s case is fairly unique. The average debt/GDP ratio of the fifty states is 7.2%, far below Puerto Rico’s level of debt. Even Massachusetts’s proportional level of debt, the highest among the states, is only 17.9% of its GDP. (It is worth noting, though, that these figures do not take into account states’ unfunded pension liabilities, which can be quite substantial.)

Yet, the lessons from Puerto Rico’s fiscal crisis apply on a smaller scale to state and municipal governments throughout the United States. Tax preferences can create large-scale economic bubbles; tax exempt bonds can inflate debt levels; and delaying comprehensive tax reform can cause substantial fiscal problems down the road.