Posted on December 20, 2019 by puertoriconewcomer

An attempt by the U.S. Congress to ban cockfighting in Puerto Rico has set off a debate about animal cruelty, put thousands of jobs at risk and sparked a possible power struggle between the U.S. territory’s government and Washington. 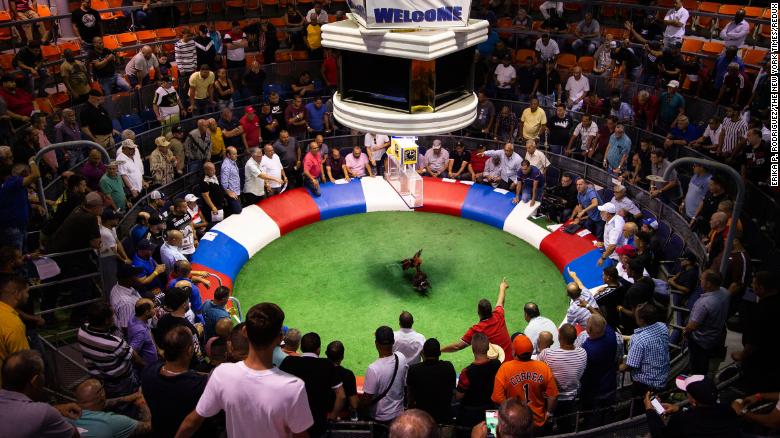 (CNN)Bettors gather at dozens of venues across the island for what Puerto Ricans call “the gentlemen’s sport,” a gruesome face-off — often to the death — between roosters outfitted with plastic spurs in a tradition dating to colonial times.

A federal ban that was to take effect Friday marked the death knell for the US commonwealth’s lucrative cockfighting industry until Gov. Wanda Vazquez this week signed a bill keeping the controversial practice alive.
Vazquez said she was not setting up a confrontation between local authorities and the federal government. But she said she worried about “abandoning” the 27,000 employees of an industry that generates about $18 million a year. She acknowledged the matter may ultimately be settled in court. 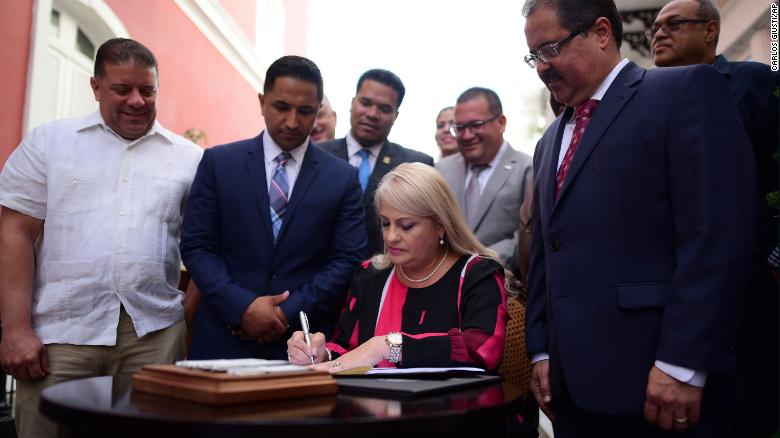 Gov. Wanda Vazquez signs a bill into law that keeps cockfighting alive on the island despite a federal ban.
“Let’s talk this through,” Vazquez said. “This is an industry that represents income for thousands of families and we have to take them into consideration.”
Rep. Gabriel Rodriguez Aguilo, one of the co-authors of the bill signed into law on Wednesday, acknowledged there could be arrests after Friday, when cockfighting will be outlawed in Puerto Rico and other US territories.
“We will have to wait and see how the federal government reacts,” he said. “Cockfighting is a cultural tradition.”
The new law makes the practice legal as long as the industry does not export or import the roosters at the fights.
Cockfighting has long been denounced as cruel and inhumane. It has been banned in all states since 2008.
“This is a final act in the United States,” Wayne Pacelle, founder of Animal Wellness Action in Washington, said of Friday’s federal ban.
“These are the last openly conducted staged animal fights in the United States, in Puerto Rico and Guam and the other territories and it has to end.”
Pacelle called the industry income and employment numbers cited by Puerto Rican officials “preposterous.”
“It’s pure showmanship,” he said of the law signed this week. “The politicians are encouraging illegal behavior and they’re putting those people at risk with the false hope that their legislative maneuver has any legal effect. It does not have any legal effect.”
Cockfighting supporters have expressed resentment that the ban on the 400-year-old tradition was passed by the US Congress last year despite the fact that the island has no voting member. They said cockfights now held at more than 70 arenas will be driven underground.
“That law was imposed on our territory,” said Adrian Guevarez, whose family has more than 30 years in the industry. “They going after my livelihood. This would leave me on the street… We’re caught in the middle. We hope we can win this.”